Hang on — where did September go? Yep, that’s right, another month has flown by and it’s time to get stuck into the really juicy months of the year. Early in October we’ve got the heavy hitters of a new Metroid game and new Switch hardware, which would be more than enough to keep us occupied in the summer months, but there’s a whole lot more to look forward to over the next few months, including new-old Pokémon.

Below we’ve listed some of the upcoming highlights of big Switch games scheduled for October and November. Beneath those physical launches you’ll also find a selection of other games releasing from September — usually physical versions of previously digital-only Switch eShop games — plus a selection of Switch accessories and related peripherals available in the coming months.

Please note that some external links on this page are affiliate links, which means if you click them and make a purchase we may receive a small percentage of the sale. Please read our FTC Disclosure for more information.

Bringing content and courses from the first three Super Monkey Ball games to Switch, Super Monkey Ball Banana Mania got many a super simian enthusiast excited when it was officially announced at E3 2021. It’s landing on Switch on soon, so there’ll definitely be plenty to keep ball-rolling fans busy once the tenth month of the year rolls round…

Metroid Dread, the fifth installment in the 2D Metroid franchise is coming a whopping 19 years after Metroid Fusion on the Game Boy Advance, but from what we’ve seen so far it’s going to be worth the wait and then some. With a Special Edition and two new amiibo launching alongside the new game — a joint development between Nintendo and Metroid: Samus Returns developer MercurySteam. — 8th October is shaping up to be red letter day for fans of the galaxy’s greatest bounty hunter.

Oh, and there’s the Switch OLED Model launching that day, too. Featuring a lovely (and larger) OLED screen compared to the other two Switch models, it also has double the internal memory, a wider and sturdier kickstand, ‘improved’ audio of some sort and a a fetching new dock (with a LAN slot) that will make the Switch OLED the premium model — especially for handheld players.

Previously a Wii U exclusive in the Fatal Frame franchise (known as Project Zero in Europe), Koei Tecmo’s Fatal Frame: Maiden of Black Water was one of the few titles that actually made use of Wii U’s central asymmetrical gimmick. That coupled with a lukewarm critical reception made a Switch port seem unlikely — we gave it a 2/10 likelihood of a Switch port in our round-up of the Wii U games not yet on Switch.

The franchise has a devoted and loyal fan base, though, and Koei Tecmo has made the decision to rework the Gamepad elements and bring the game not only to Switch, but other platforms, too. A very welcome surprise!

And finally, just in time for Halloween, we’ve got Mario Party Superstars arriving at the very end of October.

Updating five boards and 100 minigames from the first three Mario Party games on Nintendo 64, Mario Party Superstars is the second entry in the series to grace Switch following Super Mario Party. While some might call that overkill, these are incredibly popular party games and the mini-games and gentle competition they contain make it hard not to have fun when it’s Mario Party time.

This Switch exclusive from Atlus was first announced way back in 2017. We’ve had to wait a while for it, although Shin Megami Tensei III Nocturne HD Remaster arrived on 25th May, so SMT fans on Switch have had something to chew on for the last few months until the new game hits.

Fifteen years since the original Pokémon Diamond and Pearl brought Gen IV and the series to a non-Game Boy handheld, we’ll get to relive our Sinnoh days on Switch through the lens of a chibi style unique to the series (so far).

Aside from the highlighted games above, there are lots more Switch retail games which might take your fancy in October and beyond.

Awesome Accessories For Your Switch

And finally here are a selection of the finest Switch accessories coming up in October and beyond, for your consideration.

So that’s it for October and November — did we miss anything? Let us know with a comment and also tell us if you’ve pre-ordered any of these goodies!

Honey Expands Shopping Rewards with Introduction of Cash Back Through PayPal 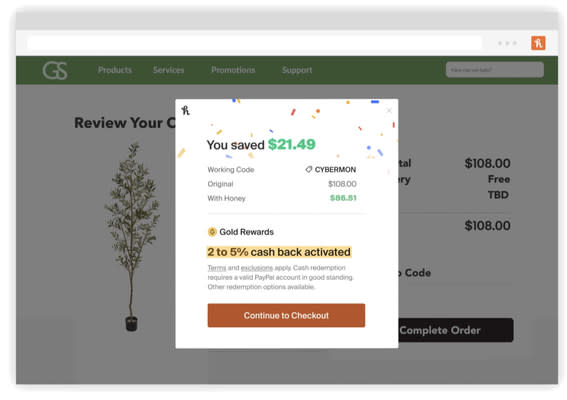