In 2016, Tom Ford told the Financial Times he was “determined” to turn his eponymous beauty, eyewear and fashion company into a $3bn business by 2025.

He didn’t quite make the mark, but he got close. On Tuesday, Estée Lauder Companies announced that it had acquired the Tom Ford brand in a deal that values it at $2.8bn. The sale is poised to make a billionaire of 61-year-old Ford, who made his name transforming a near bankrupt Gucci into a fashion powerhouse before launching his eponymous company in 2005.

“He wasn’t willing to get involved for longer than [the end of 2023],” says a source familiar with the negotiations. “He’s not interested in fashion anymore.”

Friends and former colleagues say Ford’s interests long ago migrated to Hollywood, where he has directed two critically acclaimed films, A Single Man (2009) and Nocturnal Animals (2016). Based in LA since 2017, he stepped down as chair of the Council of Fashion Designers of America in May. “There’s not a lot of grace in [fashion] any more,” he told the FT in 2016. “It seems to have escalated to a point where there’s not a lot of respect for the designer. And that’s really sad.”

“I feel like he’s ‘done’ fashion. What else could he have to prove?” says Whitney Bromberg Hawkings, who worked with him for 20 years. “It’s the sexy exit. He’s not hanging on.”

“Tom’s huge success came down to the fact that he was as fabulous and movie-star-like as anything he ever designed,” Anna Wintour wrote in an email. “His own personal brand has always been as alluring as the houses he has worked for — though behind all the glamour is an incredibly hard-working man with a wicked sense of humour who is the most loyal and kind friend.”

“He’s driven,” says Steven Kolb, who worked with him at the CFDA. “You don’t get to be Tom Ford and sell a business for $2.3bn [in upfront payments] if you aren’t certain of what you want in life.”

Ford was born in Austin, Texas in 1961, the son of two real estate brokers. His interest in fashion manifested early: peers teased him for showing up to school in a blazer, loafers and attaché case. Ford moved to New York in 1979 to study art history at New York University, dropping out after a year to pursue acting in LA. He returned to enrol in an interior architecture course but quickly segued to fashion, working at sportswear label Cathy Hardwick and then at Perry Ellis under Marc Jacobs. In 1990, he decamped to Milan to design womenswear at Gucci and four years later, he was promoted to creative director.

His autumn/winter 1995 collection heralded a glamorous new direction for a staid leather goods house mired in financial turmoil. Ford’s status as fashion’s “it” designer was cemented when Madonna appeared at the MTV Video Music Awards in one of the collection’s core looks.

By 2004 Gucci had become the Gucci Group, and Ford was presiding over a $10bn portfolio that included Yves Saint Laurent, Bottega Veneta and Stella McCartney. But contract negotiations with the group’s new owners, the Pinault family, soured, and Ford left that year. The day he found out he and Gucci were parting ways, he took Hawkings to see “Love Actually” in Leicester Square at noon where “we cried our brains out”, she recalled.

“I had no voice in contemporary culture,” Ford recalled of that time. “I had such a powerful voice in the ’90s, and an identity that I worked very hard to achieve. And all of a sudden I didn’t have that, and I didn’t really know what I was going to do.”

He leased an office in Chelsea, where he laid the plans for an upscale beauty business that he launched with Estée Lauder to great fanfare in 2006. Their first fragrance, Black Orchid, became a bestseller; more followed, along with lipstick, priced at a then-punchy $48, and a full make-up range.

“It’s done phenomenally well,” says Lana Todorovich, president of luxury retailer Neiman Marcus. “It brought an idea of glamour [that was missing in beauty].” Licences for eyewear and menswear ensued, and in September 2010 Ford returned to the runway to debut his first womenswear collection.

By the end of the decade, the Tom Ford label was eyeing an annual turnover of $1bn. But the pandemic took a toll, forcing the company to furlough and lay off staff. ELC said it expects the brand to hit the $1bn net sales mark “over the next couple of years”.

The pandemic was also difficult for Ford personally. Richard Buckley, his husband and partner of 35 years, passed away after a long illness in September 2021, aged 72. Together they had a son, Jack, by surrogate 10 years ago.

“The world knows Tom’s a perfectionist, that he has impeccable style, that he’s a designer,” says Diane von Furstenberg. “He is the Marlboro Man of fashion. He is also, on top of it, an extraordinarily kind human being.”

The Junto, A New Boutique Hotel Near Franklinton, Opens Next Year

Mon Nov 21 , 2022
A new boutique hotel is opening very soon in Columbus. The Junto will offer 198 rooms and suites, each full of creative interior design choices and unexpected touches. Situated in an area that’s being called “Little West”, The Junto can be found a little west of downtown, near Franklinton. The […] 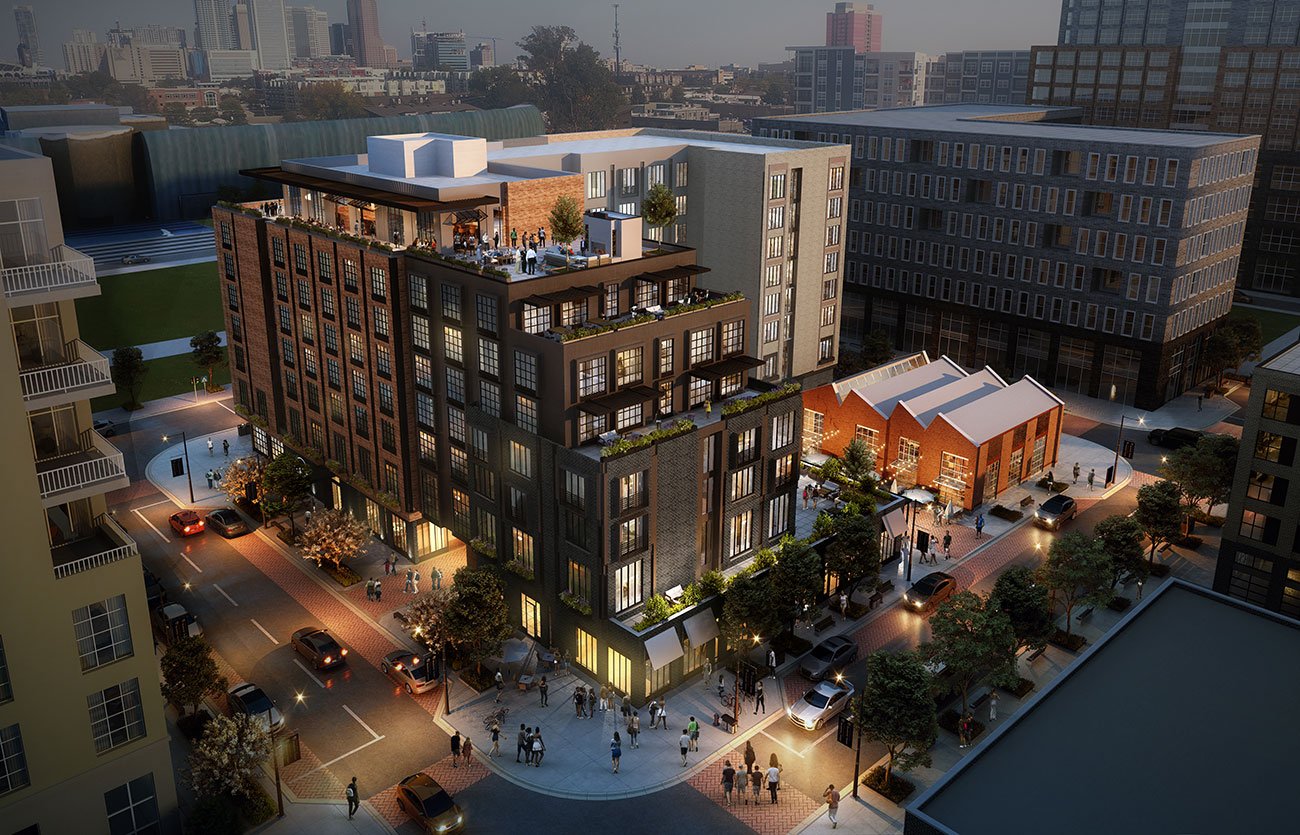