Fashion label Christy Dawn is a cultishly popular brand known for its feminine, bohemian frocks. But its latest product is not a dress: It’s a plot of land.

Christy Dawn is inviting customers to spend $200 to cover the cost of farming cotton on 3,485 square feet of land on the brand’s farm in Erode, India. The crops will be grown regeneratively, which means using farming techniques that support the long-term health of the land and sequester carbon dioxide from the atmosphere. When the cotton is harvested in a year, customers will be paid back in the form of store credit based on the harvest. If the yield is good, they could earn more than they invested. This will allow them to buy a dress made from the very cotton they helped grow. This Land Stewardship program, as it’s called, is a way to get loyal customers directly involved in regenerative agriculture while also allowing Christy Dawn to tell a broader story about how clothes are made and the impact they have on the planet.

Christy Dawn Baskauskas founded her eponymous label in 2013 with her husband, Aras, who now serves as CEO. In 2019, they partnered with an Indian regenerative farming collective called Oshadi to lease 4 acres of land in the south Indian town of Erode in a test run; the following year they expanded to 70 acres. In April this year, they launched their first farm-to-closet dresses, a collection made from the cotton harvested from their land.

The majority of fashion’s enormous environmental footprint occurs early in the supply chain, when raw materials—like cotton, wool, or oil for synthetic fabrics—are manufactured. Industrial cotton farming is particularly bad for the planet because it consumes a lot of water, depletes the land of nutrients, releases carbon into the atmosphere, and kills off biodiversity. If agriculture continues at this pace, the United Nations predicts there will be only 60 growing seasons left until soil will no longer grow crops.

Over the past few years, fashion brands have joined the fight to protect the soil by investing in regenerative agriculture, whose techniques are designed to reverse some of this damage. Patagonia, Timberland, and the luxury conglomerate Kering are now supporting regenerative agriculture projects, and smaller brands like Allbirds and Mara Hoffman are supporting smaller-scale projects as well. But Christy Dawn is the first brand to invite customers to invest in the process directly.

For the Land Stewardship program, the company has partnered with the Erode farm to set aside 410 plots of land for its customers to invest in at $200 apiece. That would help the brand pour $82,000 more into its regenerative farming efforts. Last Thursday, the brand launched the program, and within 24 hours more than 100 plots had been taken.

“We believe this program will increase loyalty from customers following us on this journey,” Aras Baskauskas says. “But more importantly, it is going to allow us to expand our impact dramatically beyond what we would be able to do by ourselves.”

Baskauskas recognizes that the brand is asking a lot of its customers. After all, if there happens to be a flood, drought, or blight in Erode over the next year, they could lose money on their investment. But part of the program is about illustrating that farmers in the developing world typically have had to shoulder the burden of potentially losing a harvest. Indeed, thousands of cotton farmers in India have committed suicide after a failed crop left them mired in debt. Christy Dawn is asking customers to help take on some of this risk.

“At the end of the day we really want the customers who have put their money into this program to come away with a profit, especially in this first year,” Baskauskas says. “But the reality is that nature doesn’t always give us what we want. And for 100 years, farmers have had to carry the pain of it all.”

The whole process—from the harvest to the manufacturing of the dress made from the cotton—will take a year. Throughout, the brand will send regular updates and photographs from the farm. “In a fast-paced, digital world where people are used to getting things quickly, this is a radical thing to ask of our customers,” Baskauskas says. Besides supporting the farmers, Christy Dawn guarantees that the cotton will be farmed in a sustainable way, which means using natural fertilizers, herbal pest repellants rather than pesticides, and rotating crops to increase biodiversity. The company estimates that the 410 plots will help sequester 480 pounds of carbon from the atmosphere. (The average car in the U.S. emits 1 pound of carbon dioxide per mile.)

In many ways, this project is just a pilot, Baskauskas says. Getting 410 customers on board is a modest goal, one that is not going to transform the fashion industry. But if the program is a success, the company hopes to go bigger in subsequent years. More broadly, Baskauskas’s ambition is to send a message to the rest of the industry that regenerative agriculture is not out of reach.

“If we can demonstrate that this works, we hope to inspire other companies to do it,” he says. “We need H&M to do this. But even without H&M, we could have an impact if a thousand small fashion brands do this: Even if they don’t think they have the capital to invest in regenerative agriculture, they can tap into their customer base so it is less capital-intensive for them.”

In the meanwhile, the Land Stewardship program helps Christy Dawn explain the complexities of regenerative agriculture to its audience on social media and its website. Many consumers don’t understand exactly what it takes to create a garment. But this approach breaks it down, drawing a line from the farmer to the cotton crop to the final dress.

“When someone buys a dress from us, they’ll understand the process by which the cotton was grown,” Baskauskas says. “When someone says to them, ‘I love your dress,’ they’ll be able to talk, with some knowledge, about regenerative farming.”

Mon Sep 27 , 2021
Today’s Prada show was our first chance to see Miuccia Prada and Raf Simons’s work on the runway IRL. Their collaboration began just as the pandemic descended, and with only videos to tell the story, it could feel at times like the project was in its beta phase. Eighteen months […] 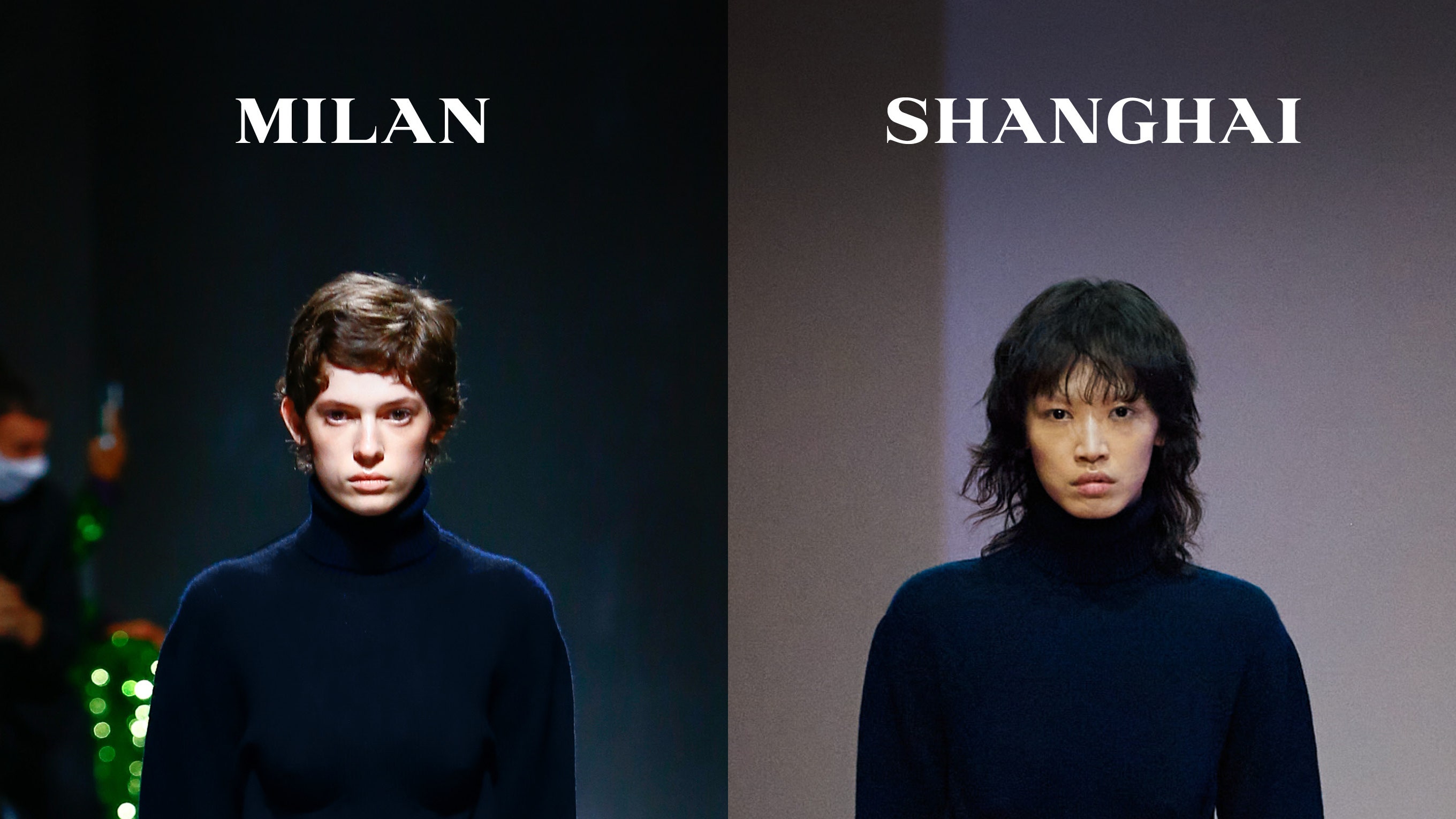