Usually this time of year, when the big box stores put up the Christmas displays and retailers start counting out the shopping days till Christmas, many shoppers snort or complain. For holiday shopping season 2021, you might want to pay attention.

Retail experts are sounding the alarm that shoppers need to start their holiday shopping soon, like, well,now. Logistical issues, including ongoing manufacturing and supply chain disruptions, may make the hottest toys and most popular gifts sell out fast or go on waiting lists. And they might not be available at all in the typical Thanksgiving-to-Christmas Day holiday shopping window this year.

“It’s a complex situation,” notes Trae Bodge, smart shopping expert at TrueTrae.com, “but essentially, the pandemic created a domino effect of delays and shortages all around the world, with bottlenecks at ports and staffing issues at factories. My sense is that we’re really going to feel it when the holiday shopping season reaches its peak. For that reason, I’m suggesting that consumers get started soon.”

Key points of entry for container ships carrying retail goods include Southern California and the Port of New York and New Jersey. The Los Angeles-Long Beach port complex, the U.S.’s biggest, was facing a backlog of dozens of cargo ships – as many as 73 one recent day – floating offshore waiting for their turn to be unloaded. It’s a similar scene on the Atlantic Ocean off Long Island.

What’s the holdup? A shortage of workers to unload the containers, along with trucks and drivers to haul them away are among the problems.

“The American consumer’s buying strength is so strong and epic that we can’t absorb all this cargo into the domestic supply chain,” Gene Seroka, executive director of the Port of Los Angeles, told KCLA-TV in Los Angeles.

And it’s costing suppliers and retailers dearly, with those costs being passed on to shoppers in terms of higher prices — or in the case of Costco, once again putting limits on the number of certain items shoppers can buy (toilet paper, paper towels and bottled water), just like in the early days of the pandemic.

The bottleneck at ports is also forcing some retailers to dive into the shipping business. Home Depot is leasing its own cargo ship to get goods into other U.S. ports and to stores. “We have a ship that’s solely going to be ours. It’s just going to go back and forth with 100% dedicated to Home Depot,” Home Depot president and COO Ted Decker told CNBC. Costco, too, has also stepped into the shipping game, chartering three container ships to make runs between Asia and ports in the U.S. and Canada.

But it’s not just the ports in the U.S,, on the receiving end of goods,the importers, that are experiencing delays. Port closures in Asia are affecting that end of the supply chain, the exporters, says Jonathan Gold. vice president for supply chain and customs policy at the National Retail Federation.

“Keep in mind, brands may import parts from various manufacturers in order to build their final product and if one is delayed or backed up, it sends a wave of disruptions in production and in the supply chain,” says retail savings expert Andrea Woroch. “That’s what we are seeing here. We will also see huge delays in the shipping of large items including big screen TVs (a hot Black Friday purchase!) as well as furniture, appliances and cars.” With lower supply also comes higher prices, says Woroch,  and some toy experts have estimated that toy prices will jump by 5% to 10%.

That’s why shopping earlier than usual this holiday shopping season may be the smarter play.

Woroch says that if your intended recipient is dead-set on something specific that you do not hesitate to indulge. Hot toys, including LOL Dolls, Barbie Dreamhouse, “Star Wars” toys, LEGO sets, and Nintendo Switch will sell out fast and retailers will have a hard time keeping them on the shelf. The same goes with specific apparel or shoes, including UGG boots or electronics like a tablet or e-reader.

Bodge agrees on shopping early, but not for everything.

“I would focus on items where you have no flexibility, like a specific hot toy, a particular model of a gadget, or even a pair of shoes that are trending on TikTok,” says Bodge. “You should start looking for those items ASAP and wait on more general items, like candles, throw blankets, or holiday-themed gifts, which will be available and likely on sale as we get closer to the holidays.”

Fri Oct 1 , 2021
When Carmen Kossakowski was younger, she would run lemonade stands and garage sales, and once made $100 selling Rainbow Loom bracelets she’d made at school. But it was when she studied the TikTok algorithm that her blossoming business career took off. By Grade 10, she had started two companies, the […] 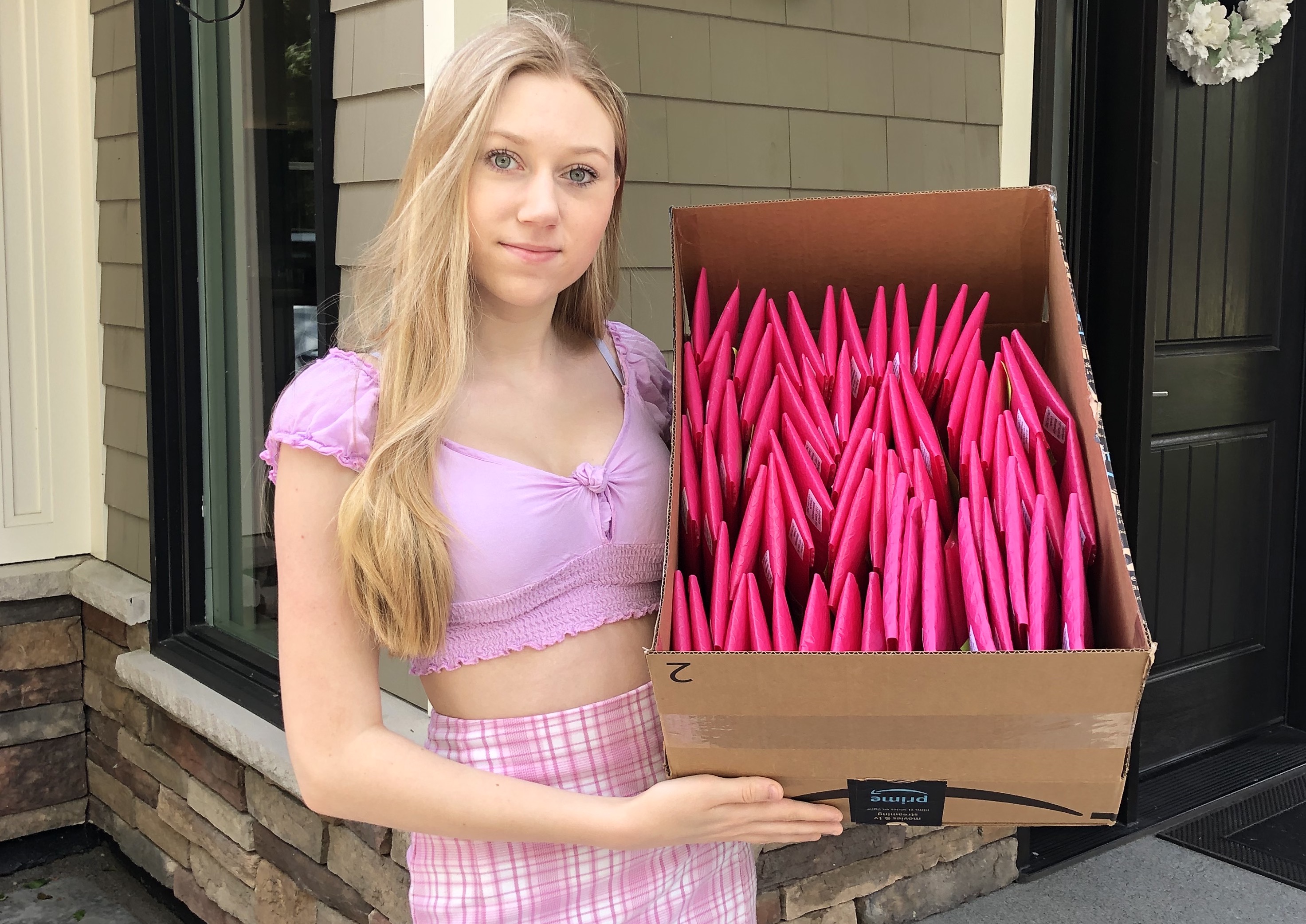