The Apple Watch has been the most popular smartwatch since its advent in 2015. In fact, it’s been so popular that it hasn’t just been outselling every other smartwatch, but in 2019 the Apple Watch actually outsold the entire Swiss Watch industry, which includes manufacturers like Rolex, Swatch, TAG Heuer and Tissot. Naturally, with more Apple Watches out in the work, more people are looking for accessories — such as new bands, cases and chargers — to make their Apple Watch feel more personal. And boy, there’s a lot out there.

The good news is the Apple Watch hasn’t changed that in the past years. It still looks mostly the same and chargers the exact same way, for example. There are really only two things to remember when shopping for an Apple Watch accessory.

First, the Apple Watch Series 4, Series 5, Series 6 and the SE all have the same size body, so the same case or protective screen will work with all of them. The two outliers are the new Series 7, which has a larger screen, and the Series 3, which shares the older design of the Series 1 and Series 2 (both of which Apple doesn’t make anymore.)

And second, if you’re shopping for a band, make sure to get the correct size. All the latest Apple Watches come in two sizes. The Series 4, Series 5, Series 6 and SE all come in either 40mm and 44mm sizes, while the new Series 7 comes in 41mm and 45mm. However, if you’re shopping for a watch band, the Series 7 is backwards compatible for watch straps (meaning the 41mm model will work with older 40mm watch straps, and likewise for the 45mm model with 44mm watch straps).

If you’re in the market for a new band for your Apple Watch, the truth is that Apple sells a lot of great ones. Some of them are exclusives, like the all-new Solo Loop ($49) and Braided Solo Loop ($99), and need to be purchased directly from Apple. However, Amazon also sells many of the same bands for a little cheaper. (Check ’em out here.)

Looking to charge your Apple Watch? These are the best options that aren’t the stock puck that Apple sells.

The MagSafe Duo is Apple’s fancy 2-in-1 wireless charger that has a foldable design and can simultaneously charge any model of iPhone 12/13 and an Apple Watch. It’s expensive for what it is, admittedly, and it doesn’t come with a wall adapter, but it’s a great travel accessory for anybody with an Apple Watch and a new iPhone.

This is portable power bank that’s specifically designed for your Apple Watch. It’s tiny enough to easily fit in your pocket, but most importantly it’s capable of added up to 63 hours of juice to your Apple Watch.

This accessory is ideal for anybody who has a MacBook Pro or MacBook Air (or really any other USB-C laptop). It plugs directly into the side USB-C port and adds a spot to charge your Apple Watch. No charging cable needed.

This is a neat travel case for your Apple Watch. In addition to having for you to carry a number of different bands, charging cable and wall adapter, it also has a magnetic charging disc integrated into the lip of the case; this way you can fit a small power bank inside and charge your Apple Watch while on the road.

For those who just want the most elegant charging dock that Apple itself makes— this is it. It comes with an extra USB to Lightning cable that plugs into and powers the charging dock.

We’ve rounded up a lot of bands and cases for your Apple Watch that are ideal for either protection or workouts.

Invisible Shield is probably the best known screen protection manufacturer and the GlassFusion+ is the perfect way to extra scratch resistance to your Apple Watch — especially if you have an aluminum model, which scratches the easiest.

The ActionSleeve is a workout armband that your Apple Watch slips into, and then straps to your arm.  It’s ideal for runners. It’s compatible with Series 4, 5, 6 and SE, but not the new Series 7.

The ActionBand is a traditional sweatband that can house your Apple Watch (compatible with Apple Watch Series 4, 5, 6 & SE, but not the Series 7). It’s ideal for athletes and workout enthusiasts. And yes, you can throw it in the wash with the rest of your dirty clothes.

The Hybrid Clear Case adds even more protection because, in addition to the bumper around the case, it also has clear screen cover to protect against scratches. Again, it’s very slim and barely adds any bulk to your Apple Watch.

The Impact case by Catalyst is a rugged case and band that adds military-grade drop protection without being super bulky. And the case doesn’t get in the way of the side button or rotating crown dial. It comes complete with a breathable sports band that buckles.

Sat Nov 6 , 2021
Test out what is actually clicking on FoxBusiness.com.&#13 On line threats to buyers will rise this month as purchasing picks up, a new report states.   Security threats from “terrible bots” will likely spike in November as customers flock to online purchasing gatherings, notably Black Friday and Cyber Monday, a new […] 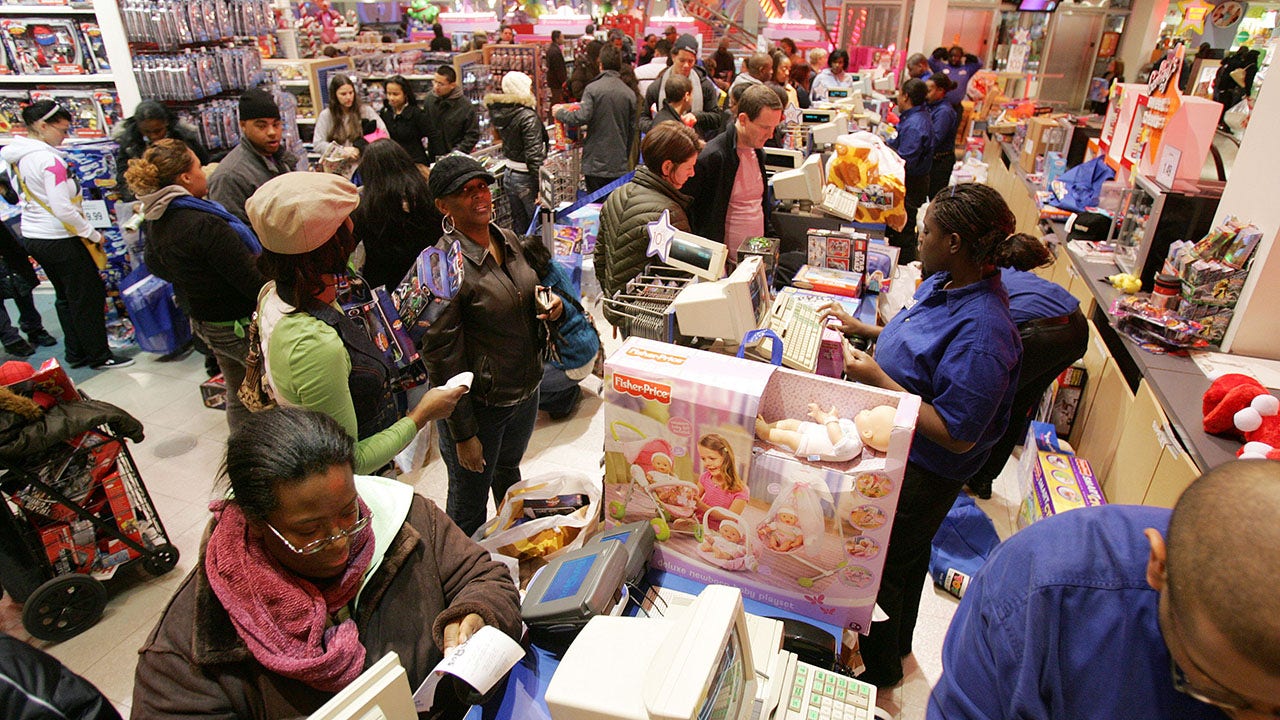