War is long periods of boredom punctuated by moments of sheer terror. Secondhand board purchases run on a similar rhythm.

While you off-the-rack normies browse algorithm-curated catalogues or dial in your every need with a trusted shaper, I sift the pages of Marketplace and Gumtree ad listings like I’m rifling through my neighbour’s bins.

All the while taking stock of my own meagre supply of sale-ready boards, calculating which will be the next to be swapped or sold in some Dickensian trade.

It takes dedication. Discipline. A horse-trader-like shrewdness for wheeling and dealing.

War is long periods of boredom punctuated by moments of sheer terror, they reckon. Secondhand board purchases run on a similar rhythm.

If it was easy, everyone would be doing it.

I didn’t choose this life. It arose out of economic constraints first and foremost. Yes there’s the ethical dimension to it. Buying second hand. Upcycling. Not flooding the world with more junk.

But truth be told if I could afford all the new boards I wanted, I’d be snatching them up fresh like a mid-noughties sneaker freak.

Not going to happen, though.

Sacrifices have been made whereby I earn less than I could to avoid sucking too much of the corporate D, while still keeping the family clothed, housed, fed etc. A reverse Faustian bargain, I guess, which allows me to salvage some degree of cosmic dignity.

But, the board budget sits further down the pecking order.

Plus, I have a large appetite.

Sift marketplace and gumtree with one hand holding my nose. Praying for that confluence of desire, cost and availability to appear.

And then it does.

Like my latest summer board. One of the greatest rides I never had.

Here’s the story. Here’s what happened:

Last year I did in fact save some shekels and go all-out on a newbie. I like ‘em big and round, as you know. Had my eyes on a Crime 7’10” longfish for some time.

Crime’s a softboard company out of the US. But these aren’t entry-level foamies. They’re boards built to ride, wrapped in more of an all-over grip tape than a standard foam cover. As soon as they started distributing in Australia I pounced. It was a wild board. Not an easy ride by any means. A traditional keel fish.

But jeez it hooked. We had us some good summer fun before I slammed the nose into a sandbar on a small day and creased the fuck out of it. It rode on admirably for quite a few more months, but with each surf it was dying another little death.

I’d place my front foot over the crease while trimming and feel it flapping like a loose tooth in the wind. Finally on my recent trip up the coast it gave way, duckdiving no less.

Apparently, I’m the first person to ever snap one. Some achievement.

(This is not a slur on Crime, either. They’re sick boards, and heavy-duty to boot).

So, I buried myself in the personals. Bided my time on an old 5’11” fish for the small days. But kept my eyes out for a replacement. Something Big.

Very rarely do they come on the secondhand market. Especially in my local town.

I was in the middle of a hectic house move/sale with money flying out my ears. Already on a tight budget

So I raided the garage. Started horse-trading in my head.

I cobbled together a few boards I wasn’t riding anymore.

A 6’6” Black Beauty, quite old now but in good condition, and they always retain their value. A beautiful 7’4” Sam Egan gun I’ve profiled here previously, but which has been recently superseded by a 7’6” McCabe custom (oh yeah… I guess that was another one I bought new. But let’s not ruin the narrative).

A Bunny Chow I bought for a couple of hundred bucks a few years ago. Nothing wrong with it, but barely ridden.

All together at least $700 worth of boards, if sold separately. But I needed cash. Fast. Couldn’t miss out on this one. I went into the local secondhand board dispensary. Pulled the quiver of misfits reluctantly from the boot of the car.

A quick scoot across town to the Gumtree seller. It was mine, for only $100.

I took it home. Sat it up on the wall next to my 7’6”. Marvelled at the refined simplicity of the outline. Had it out in the water the next morning.

Go ahead, give me shit for riding them. I don’t care. I know I deserve it. But the early entry fade bottom turn to slingshot pivot is one of the finer feelings in surfing.

I clocked up five surfs in one week. Had dangerous amounts of fun.

The following Sunday dawned bright. An out of season, solid four feet of south swell had snuck in under the cover of darkness. A few bigger ones here and there.  A long period giving it more push than you’d expect. A slight ripple in the face from a straight north wind.

The south end was on. Hidden in plain sight from a local construction site. Me and one other fella out. The rest of town still sleeping.

A higher tide had the sets grinding over a sandbar they would usually break wide of. I had a shortboard in the car but was keen to see how the glider would handle some push.

After a good hour or so one of the mid-sized sets angled up on the bank. A double-up. I licked my lips. It paddled in easily enough. But sat above the pocket for a second and wondered if this was the right idea.

Well, the thing was three inches thick. Surely it will be fine. I took the drop. Free fell for a second before the nose dug. I went over the front. Rag-dolled.

I chided myself for not having a shorter board out here as the wave rattled down the line without me. Greedy. But thought no more of it.

Next wave was a wide set. I rode it through to the shorey with the intention of coming in. A closeout barrel presented and I couldn’t help myself. Pulled in. A bit of vision before the detonation.

But, as soon as I popped back up I could tell something was wrong. A slackness on the leash.

I looked to shore and saw just the tail of my board fly up from the wash.

A clean snap, just above the fins. Completely irreparable. The front two thirds of the boards flew up and over the rock shelf in front. I let the waves sweep me in.

Devastated. I tallied up the damage  as I walked up the beach, broken glider in two hands.

A net loss of five boards all told. Two boards in the literal bin. Three others out with some other lucky punter.

Back to browsing the digital bin. This time with an even emptier wallet.

Some summers they drop like flies, as Warren Ellis says. But this is the life I live.

Tue Dec 6 , 2022
The online shopping revolution started, and ended, without the neighborhood supermarket.   And then, COVID-19 arrived in the aisles.  The share of groceries purchased online nearly tripled from 3 percent in 2019 to 8 percent in 2020, as homebound consumers scoured Amazon and Walmart websites for precious pallets of toilet paper […] 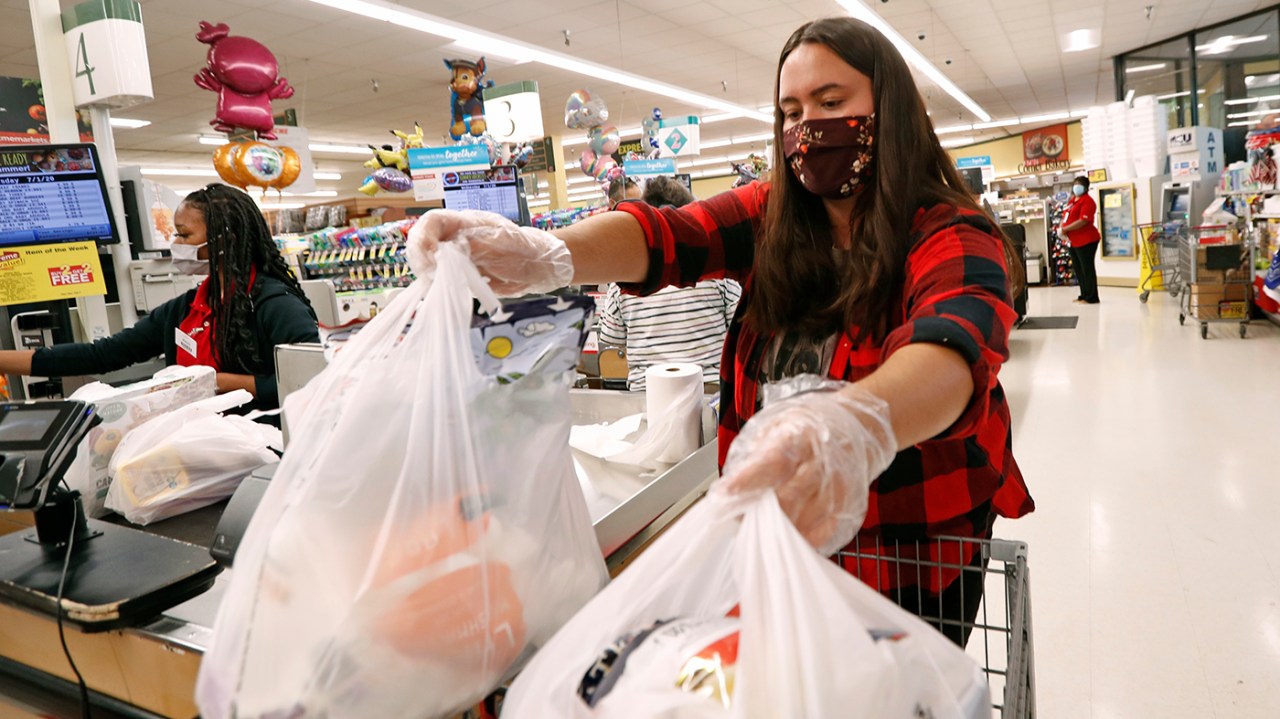