Skip to content
Nike (NKE) is grappling with issues ranging from shipping container shortages to a dearth of workers, the company said Thursday, adding that it is also facing manufacturing problems due to local lockdowns at its factories in Vietnam and Indonesia.

“We are not immune to the global supply chain headwinds that are challenging the [manufacturing] and movement of product around the world,” Chief Financial Officer Matthew Friend said on an earnings call.

The issues forced Nike to cut its full-year sales outlook on Thursday, despite Friend saying that “consumer demand has never been higher.”

Supply chain problems have already weighed on the company’s most recent earnings. Results for the quarter ended August were mixed, with revenue missing analyst expectations but net income surpassing projections, according to data from Refinitiv.

Friend stressed that the company’s performance would have been “stronger, if not for supply chain congestion, resulting in lack of available supply.”

The company now expects revenue for this fiscal year to grow by single digits, compared to its previous guidance of double-digit growth on the previous year.

According to Friend, “the situation deteriorated even further” over the past few months.

Nike makes about three-quarters of its shoes in Southeast Asia, with 51% and 24% of manufacturing in Vietnam and Indonesia, respectively.

But the company has recently been troubled by pandemic-related restrictions, forcing factories to shut. In Vietnam, for instance, it has lost 10 weeks of production since July.

Meanwhile, the amount of time to get its products from Asia to North America has doubled, from roughly 40 days to 80 days, according to Friend.

“Over the last 90 days, two things have happened in the industry that we didn’t anticipate. First, already long transit times worsened; and second, local governments mandated shutdowns in Vietnam and Indonesia,” he told analysts Thursday.

“As of today, Indonesia is now fully operational. But in Vietnam, nearly all footwear factories remain closed by government mandate.”

The executive noted there were plans to reopen some facilities in stages, but predicted that a “gap will continue until factories are able to reopen and produce product at normal capacity.”

Nike has also been snarled in other regions.

In North America, Europe, the Middle East and Africa, its teams have seen transit times shoot up, largely due to “port and rail congestion and labor shortages,” according to the CFO.

Global supply chains have been disrupted by fallout from the pandemic, spurring shortages of consumer products and making it more expensive for companies to ship goods where they’re needed.

Unresolved snags, and the emergence of new problems including the Delta variant, mean shoppers are likely to face higher prices and fewer choices this holiday season.

Other retailers, such as Adidas (ADDDF), Crocs (CROX) and Hasbro (HAS), have already warned of disruptions as they prepare for the crucial year-end period. Book sellers are also urging customers to get their holiday orders in early.

Shipping companies expect the global crunch to continue. That’s massively increasing the cost of moving cargo, and could add to the upward pressure on consumer prices.

In response to the crisis, Nike said Thursday that it was planning to spend more on air freight for the holiday season.

“[We’ll] manage every lever we can in this supply chain-constrained environment,” said CEO John Donahoe.

— Hanna Ziady contributed to this report.

Mon Sep 27 , 2021
Russian President Vladimir Putin at the Navy Day parade in St. Petersburg, July 25, 2021. ALEXEY NIKOLSKY/SPUTNIK/AFP via Getty Images A recent BBC investigation has revealed the activities of Russian mercenary firm Wagner Group in Libya. Wagner Group has close ties to Moscow, and it often operates in places where […] 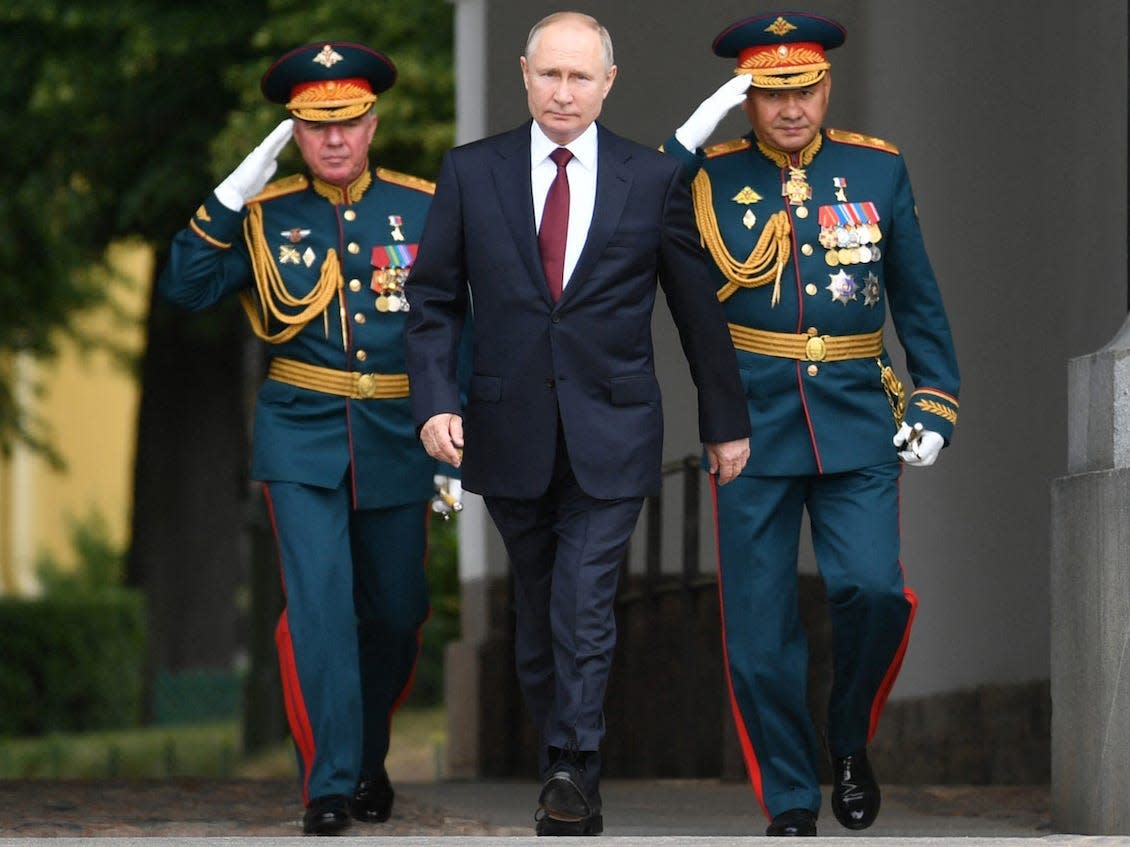