In 2017, Donatella Versace made fashion history when she reunited supermodels Cindy Crawford, Claudia Schiffer, Carla Bruni, Naomi Campbell and Helena Christensen for a Milan Fashion Week show honoring the late Gianni Versace on the 20th anniversary of his death. But one ’90s icon was noticeably absent: Linda Evangelista.

“We haven’t seen Linda around town at any fashion events, in a long time,” a top New York City model booker tells PEOPLE in this week’s issue. “Then when all the girls came back for that Versace show in 2017 — Cindy, Naomi, Helena, Claudia — everyone really wondered where she was.”

“There has been such a supermodel revival happening and it’s weird without her,” the industry insider continues. “Then I saw her on the street a couple of months ago, and she didn’t look like herself. Now we know why she hasn’t been around.”

The 56-year-old supermodel recently revealed in an Instagram post that she underwent a CoolSculpting fat-reduction procedure five years ago that she said left her “permanently deformed.” She has now filed a lawsuit against Zeltiq Aesthetics — which markets and licenses CoolSculpting devices — seeking $50 million in damages.

Representatives for Zeltiq did not immediately respond to PEOPLE’s request for comment.

“Today I took a big step towards righting a wrong that I have suffered and have kept to myself for over five years,” Evangelista wrote in the caption. “To my followers who have wondered why I have not been working while my peers’ careers have been thriving, the reason is that I was brutally disfigured by Zeltiq’s CoolSculpting procedure which did the opposite of what it promised.”

Evangelista also said the procedure allegedly “increased, not decreased” her fat cells, allegedly causing her to be “permanently deformed even after two painful, unsuccessful, corrective surgeries.”

As a result, she’s “been left, as the media has described, ‘unrecognizable.'”

Evangelista went on to explain that she has since “developed Paradoxical Adipose Hyperplasia or PAH.”

PAH is a “rare” complication in which fat-freezing procedures like CoolSculpting cause fat cells to enlarge (creating lumps) or reduce too much (leaving a cavity)—hence the paradox, Boston-based plastic surgeon, Dr. Samuel Lin, tells PEOPLE.

Evangelista said the condition “not only destroyed my livelihood, it has sent me into a cycle of deep depression, profound sadness, and the lowest depths of self-loathing.”

RELATED: Photos of Model Linda Evangelista Through the Years

“In the process, I have become a recluse,” Evangelista — who was one of the most sought-after supermodels of the 1990s — added.

“With this lawsuit, I am moving forward to rid myself of my shame, and going public with my story. I am so tired of living this way,” she concluded. “I would like to walk out my door with my head high, despite not looking like myself any longer.”

In court documents obtained by PEOPLE, the lawsuit states that Evangelista has suffered “severe and permanent personal injuries and disfigurement” causing her “pain and suffering, severe emotional distress and mental anguish.”

The lawsuit also states that as a result of the alleged “disfigurement” the supermodel has experienced “economic losses” due to being “being rendered unemployable and unable to earn an income as a model.”

For more on Evangelista’s story, pick up the new issue of PEOPLE on newsstands everywhere Friday.

Thu Sep 30 , 2021
CAPE GIRARDEAU, Mo. (KFVS) – If you ship a lot of packages during the holiday season or shop online, you can expect to pay more and wait longer for those deliveries. Starting Friday, October 1, the Postal Service will change delivery times for first class packages traveling long distances up […] 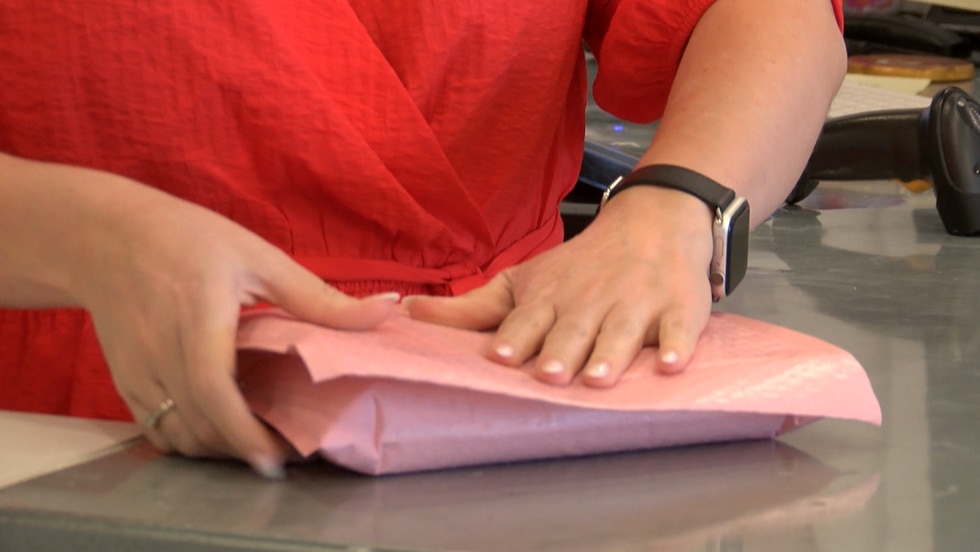