Instead of making a name for himself, stylist Chris B. Kim has crafted a reputation through the looks of others, namely those in the public eye. He’s done so through one celebrity in particular, Travis Barker. “When I first started collaborating with him, it was a little bit daunting,” Kim says, “because to me, our aesthetics don’t really align.” Where Barker skews punk, Kim slants minimal. For every studded leather jacket Kim hands his client, there’s a perfect white t-shirt perched in his own closet.

Through a process of “trial and error,” Kim has developed a “marriage [between] getting my point across but also making sure that [Barker’s] aesthetic is still true to the essence of who he is.” That means clashing the rock star’s iconic tattoo sleeves with a perfectly cut suit jacket. The stylist enjoys that sort of experimentation, pushing the boundaries of “the rock and roll aesthetic.”

Kim, himself, is no stranger to experimentation in the realm of personal style. “I went through so many different phases in high school whether it was the surfer phase, the Abercrombie phase, the emo phase,” he recounts. He spent his teenage years diving into “these characters or sub genres of style, [which] was something that I was always fascinated with subconsciously.” At that point, he had yet to classify that inclination as an interest in fashion, but instead considered it simply a flair for self-expression.

Kim moved to New York to study photography. Through internships, he realized his fascination with images skewed more towards clothing than it did composition. An initial internship at ArtPartner led to a job at the New York offices of Vogue Paris. There, his obsession with fashion reached its full breadth. Post-graduation, Kim pursued styling in full force.

The budding stylist’s move to New York not only bolstered his career but helped his personal style take shape. Done with experimentation, Kim found solace in the perfect austerity of brands like Lemaire and The Row. Once he broke into the realm of celebrity styling, a move to LA brought with it the casual-ification of his wardrobe. “I would literally just wear gym shorts and a tee.” Working with top tier clients like Barker, he slowly found his groove in the space between casual and refined.

Kim’s high-school obsession with the Abercrombie aesthetic (you’ll find a collection of A&F quarterlies stacked in his living room) takes on a grown-up sophistication in his closet. He collects vintage Levi’s in droves, loves a well-cut trouser, and has found the perfect white t-shirt—it’s from Uniqlo, in case you were wondering. He’ll pair classic leather trousers with a Commission blouse in a manner that could only be classified as a “statement” by true minimalists. Oh, and he’s obsessed with sneakers. Click through the images below to hear more about Kim’s relationship with personal style.

You Should Know About These Boutique Food Brands That Cater to Whole-Food, Plant-Based Eaters

Thu Dec 1 , 2022
Add a little something special to your home-cooked meals with these artisanal whole-food, plant-based products. From salt-free spice blends to hearty whole wheat pizza crusts, you’ll love the unique flavors, healthy ingredients, and high quality of every pick on this list. While we recommend using as many single-ingredient products as […] 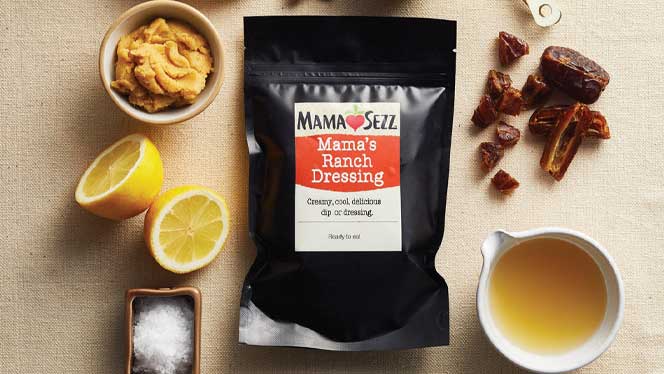